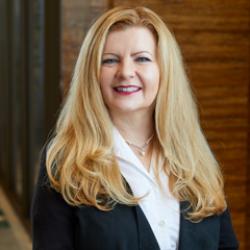 With more than 20 years in entertainment finance, Ms. Paling meshes expertise in funding Film/TV projects with a strong legal background to facilitate financing for projects around the globe.

Prior to joining Western Alliance Bank, Ms. Paling was deputy team leader for the entertainment finance group at Bank Hapoalim in Los Angeles where she helped spearhead the bank’s production financings in the U.S. and Canada. In addition to a previous role with National Bank of Canada in Toronto, Ms. Paling also has held general counsel positions for Wishmaker Films and Blackwatch Communications, both in Montreal. She began her work in the industry overseeing tax credits for entertainment projects in the Canadian Audio-Visual Certification Office.

Ms. Paling is a member of the Ontario Bar, holds a law degree from Osgoode Hall Law School and a bachelor’s degree from McGill University. She is a member of the Sheridan College (Ontario) Professional Advisory Council, FEME (Female Executives in Media and Entertainment), Academy of Canadian Cinema & Television and the Law Society of Ontario.